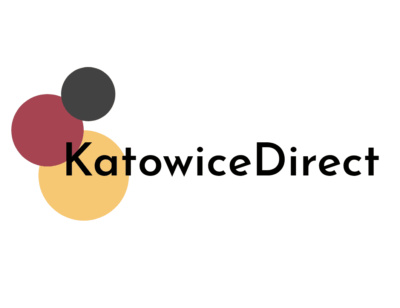 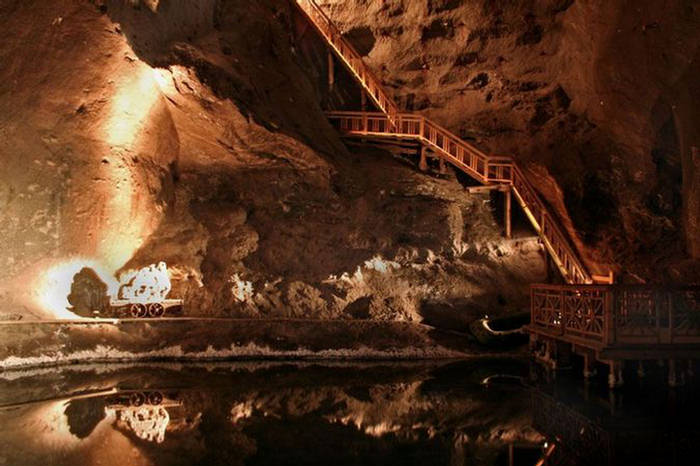 The very interesting and beautiful places in south Poland, near to Auschwitz-Birkenu Museum in Oświęcim is Wieliczka with the most unique mine – Salt Mine. It is common to defining wieliczka salt mine as „the Underground Salt Cathedral of Poland.”  If you are near, you absolutely should see this places. It’s beauty and uniqueness was appreciated by International UNESCO Organization and from 1978 Wieliczka Salt Mine is placed on UNESCO World Heritage. Until 2007 the mine produced salt continuously and it was one of the oldest salt mine in operation in whole world. It was built in 13th century.

Why this place is special? 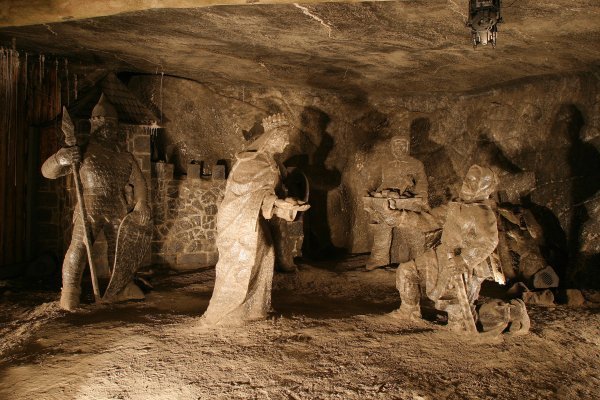 Statues which you can marvel in Wieliczka Slat Mine

There is a legend about Wieliczka Slat Mine and Princes Kinga who was going to merry Krakow prince – Bolesław Wstydliwy. She receive from her father a salt mine in Máramaros in Hungary as her dowry. This was very special gift because of salt which was very valuable in Poland. As to take this salt mine up, she threw her engagement ring in one of the Maramaros mines shafts. When princess came to Poland, she show the place where miners should digging to find out salt, which was running out. It turned out that in this place miners find her engagement ring. From that moment Princess Kinga become patron of salt miners. 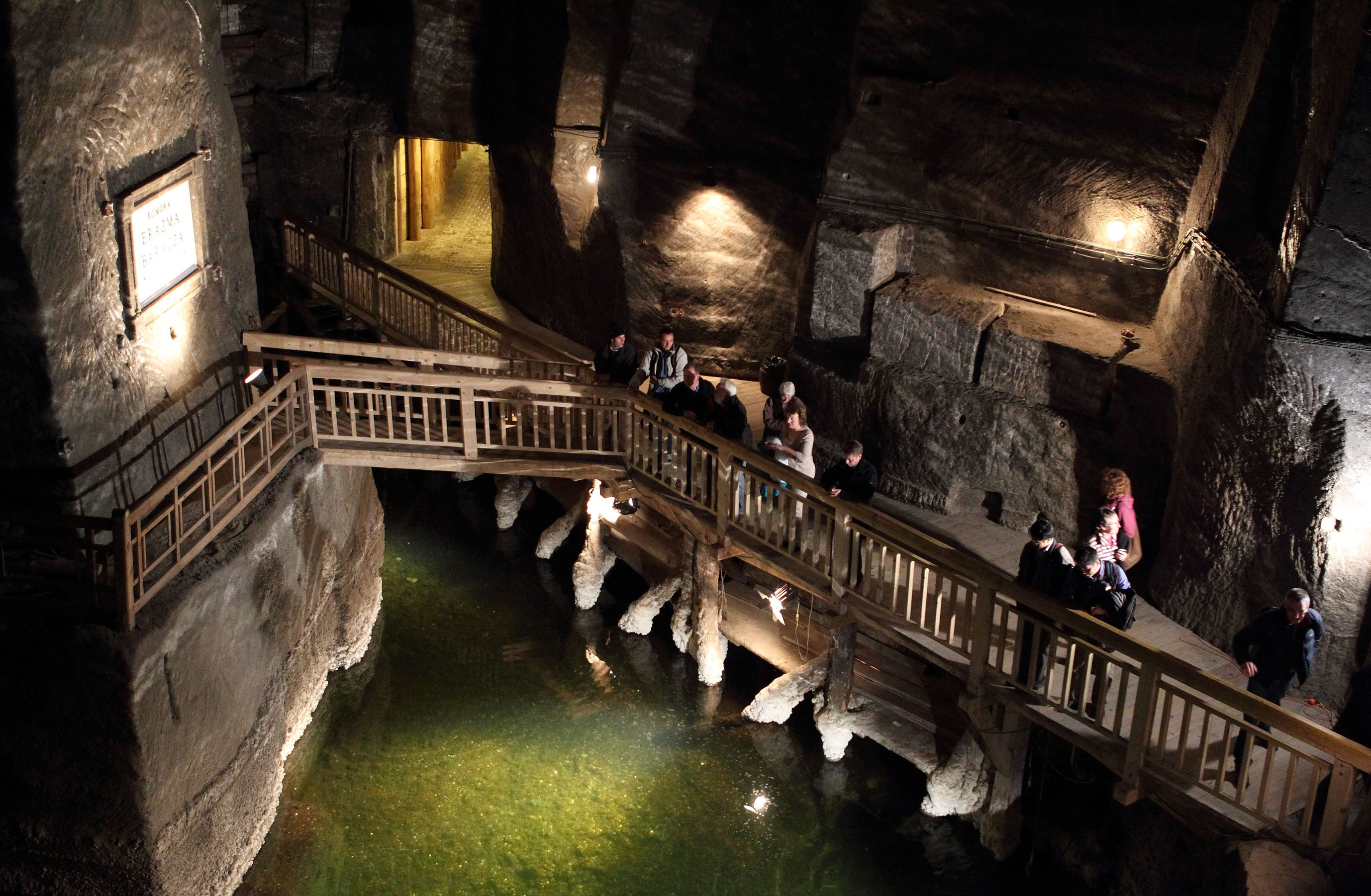 This unique subterranean world reaches a depth 327 meters. Wieliczka Salt Mine  is full of beautiful landscape. Walking through labyrinthine passages, go through monumental caverns you have opportunity to marvel  dozens of statues, even art’s contemporary artists. What is more, you can see even what kind of ancient mining equipment they were using in the past. The breathtaking pictures of underground lakes and impressive. What is more there are four chapels sculptures in the rock salt here where you can marvel over rich ornamentation carved in crystalline salt. The most famous is the Chapel of St. Kinga. This place is the visiting by millions. They enjoy exploring this underground kingdom. 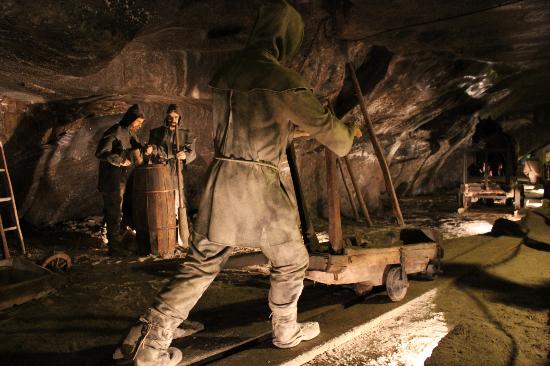 Miners during the work in Wieliczka Slat Mine

One of the Wieliczka Salt Mine’s chambers 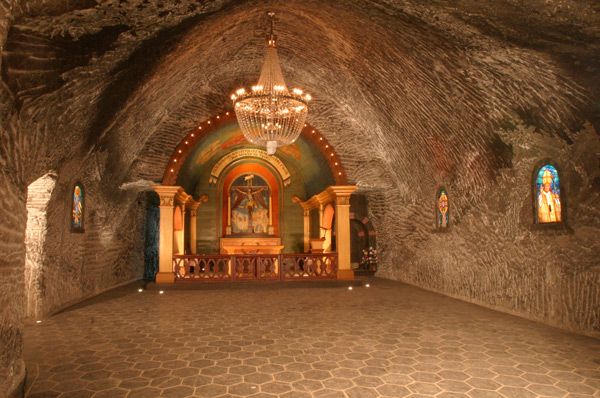 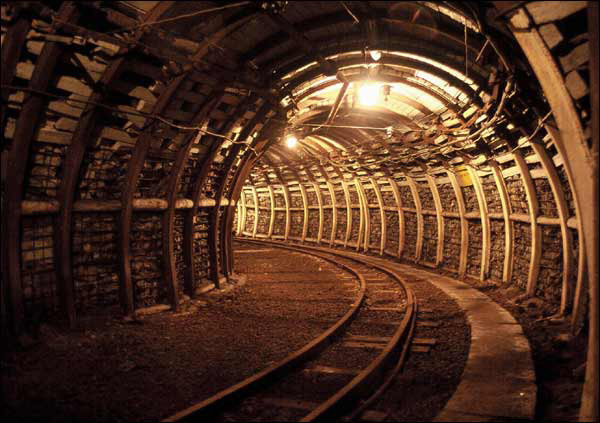 Labyrinthine passages in Wieliczka Slat Mine with trackway 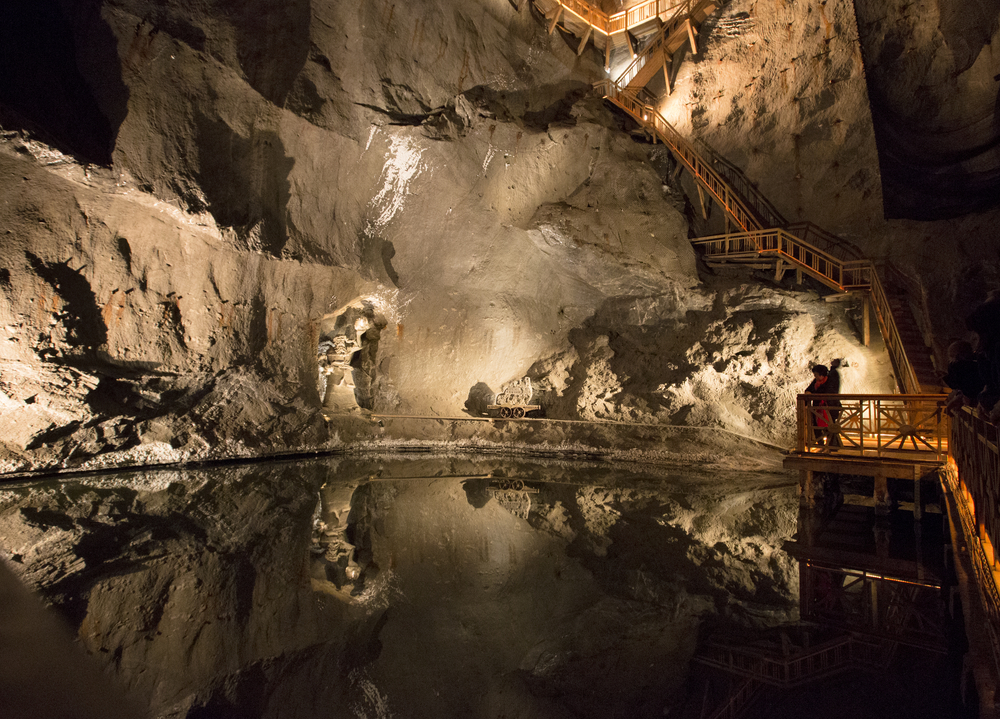 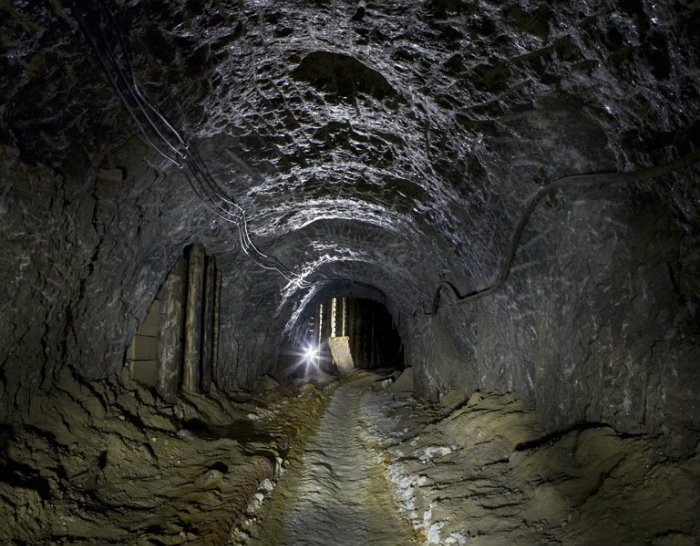 Passage in Wieliczka Salt Mine 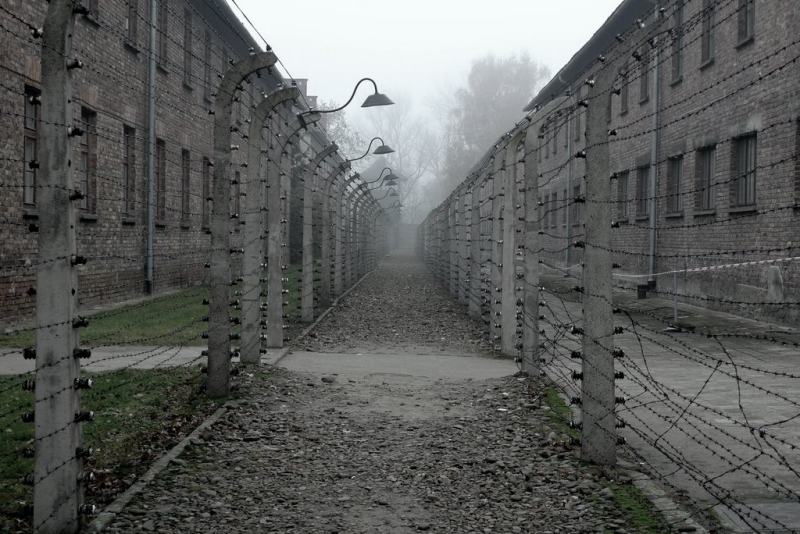 Fence in concentration camp in Auschwitz

takes approximately 3,5 hour for private group. If you choosing options Auschwitz-Birkenau & Salt Mine Tour we recommend to start sightseeing about 10 a. m. The travel to Wieliczka Salt – Mine from Auschwitz – Birkenau lasts around 1 hour (sometimes 1,5 hour) and the Salt Mine Tour takes approximately 2,5 hour. During the travel from place to place you can stop for a lunch.